We're a small family run hotel & restaurant at the heart of the quaint village of Benitses, in Corfu.

Both our location and atmosphere are second to none.

The name Argo firstly appeared in Benitses on the signs and menu of our small Taverna that was located by the village Green opposite the harbour in Benitses. With hard work and a passion to provide the most amazing culinary and truly Greek experience, the Argo quickly became one of the most popular restaurants in Benitses, Corfu. After all these years we still maintain the same passion and have taken the Argo experience to a new level, offering an all round family holiday package. We have combined our new excellent self catering accommodation facilities with our restaurant and have kept the same friendly attitude and temperament of providing an excellent culinary experience in a traditionally Greek and friendly way. Argo accommodation, restaurant, pool and bar are situated thirty metres through the village street, opposite the Benitses kiosk.

The Argo was formerly known as Roulla Studios when we worked together with Olympic Holidays in previous years. However, we are now proud to announce that the Argo is operating independently therefore bookings can now be made through Anne and family.

We enjoy what we do and love our business, so hospitality comes naturally to us. We give passion and great effort to ensure our guests are comfortable and relaxed and nothing gives us more pleasure than seeing our guests and friends return year after year with the whole family.

The name Benitses derives from the water of the springs which flow from the mountain villages of Aghii Deka and Stavros which join together in two small rivers and have given the area the name Pinisse (from the ancient Greek word 'Pinio'), changing to Pinitse and ultimately to Benitses.

Benitses is a small fishing village with approximately 1000 residents and is located on the East side of Corfu, in the middle of the island with close proximity (12km) to the airport and Corfu town. Benitses is one of the oldest tourism resorts of the island and was discovered by the British and German tour operators somewhere around 1970s. The 1970s and 1980s brought mass tourism to the village with lots of 18-30s style visitors.

Today, Benitses has restored its reputation as a small charming village and it offers a classic package of a Sea, Sun and Sand product with blue flag beaches and green mountains, a modern lifestyle, many traditional customs and cultural happenings, a variety of accommodation establishments as well as restaurants, bars, a new marina, sightseeing and shopping. The village of Benitses is the perfect destination for families, couples and anyone who is looking to have a relaxing time in the sun whilst enjoying good hospitality and unique surroundings.

The Argo is situated at the old part of the village in the heart of Benitses, so it naturally enjoys both a great location and relaxing surroundings. The Argo is literally a stone’s throw from everything and behind it there are many footpaths that lead to the water-springs, the Achilleon Palace, the Roman Ruins and the charming villages of Stavros and Aghii Deka offering breathtaking walks and views of Benitses. The village is centrally located, so choosing to holiday in Benitses will allow you to experience everything Corfu has to offer: the Sea, the Mountains and the many attractions, including Corfu Town.

Benitses offers a relaxed, interesting and very sophisticated holiday experience. There is a vast choice of establishments and restaurants catering for every need:

Benitses is full of character and life. In the daytime the village is quiet with many people enjoying the many swimming pools or the beach, whilst others are either taking a walk along the many souvenir shops or are just relaxing in the comfort of the many local shops. There are many opportunities to experience the local way of life and a very good example is the sighting of the local fisherman bringing in their catch at the harbour and setting up stalls on the side of the road from which they sell it.

At night time, Benitses is very safe, romantic and again full of life. It is important to note that Benitses has all the facilities to cater for your holiday needs. There are many super-markets, a pharmacy, the Argo Spa facility (beautiful you), a hair salon, car & bike hire offices, water sports, many souvenirs shops, a playground, a marina, boat trips, a police station, a doctor’s office, bus connections, a taxi rank, a fantastic bakery, an internet café, a fruit market, jewellery shops and of course as previously mentioned countless establishments offering food and drink.

Without a doubt you will fall in love with Benitses…

The Greek island of Corfu is the most northern of the seven Ionian Islands. It lies just west of the point where Albania borders with mainland Greece. In the hard years that followed the end of the Second World War, Corfu shared the fortune of the rest of Greece. Poverty, crisis, and emigration continued until the late 1950's, when organised tourism started to take place in Corfu (the devaluation of the Greek currency in 1953 made Greece a very cheap country for holidays).

Like most of the Mediterranean destinations, Corfu developed very fast during the 1970s attracting through large tour operators mostly the 18-30’s type tourists which at the time was perceived as an amazing economic opportunity to the local communities, at least until the first negative impacts started to show.

Corfu today attracts a variety of visitors, from the majority of mass Sea, Sun and Sand tourists, to: cultural visitors, sport visitors, conference visitors, and eco-visitors. Most of the accommodation establishments in Corfu are categorised as small and medium sized enterprises, as most of them are family run and they in most cases employ no more than 20 people. The economy of Corfu is mainly based on tourism but a small part is still related to agriculture and fishing, the inhabitants still produce quality olive oil and wines throughout the mountainous villages.

Corfu was one of the first Greek destinations to expand its tourism industry and that was because the island already had some basic infrastructure and a remarkable cultural and historical value.

The name Kerkyra is only used in Greece. To the rest of the world the island is known as Corfu. Corfu is mentioned frequently within the Greek Mythology. According to myth, Poseidon fell in love with the beautiful nymph Korkyra, daughter of Asopus and river nymph Metope, and abducted her, as was the custom among gods of the era's myths. Poseidon brought her to the hitherto unnamed island and, in marital bliss, offered her name to the place: Korkyra, which gradually evolved to Kerkyra. Together, they had a child they called Phaiax, after whom the inhabitants of the island were named: Phaiakes, which was then transliterated via Latin to Phaeacians. In Homer’s Odyssey, there is a chapter about the hero Odysseus who was washed ashore on Corfu while trying to make his way back to the island of Ithaca.

The island’s cosmopolitan capital, Corfu town , is one of the most fascinating cities in Greece . This is due to the heavy influences of the Venetians, the British, the French, the Normans and the Romans who have all ruled and controlled the island in the past. As opposed to many other Ionian islands, Corfu was never occupied by the Turks and this gives the island a very different temperament from the rest of Greece. In 2007, the Corfu town’s “old town” was named on the UNESCO World Heritage List.

The population of Corfu is about 110,000 with 40,000 living within the island’s capital. The island is gifted with unique natural and cultural beauty and every village in Corfu has a different interesting story to tell. A short walk in the narrow streets of Corfu town will take you back in history as the town is boasting with countless museums, squares, churches, old buildings and the two major Venetian fortresses.

If you would like to find out more about Corfu. Please visit any of the following links:

Greece has a long tradition in tourism and hospitality, mainly due to its history and ancient civilisation. Foreigners were considered sacred in ancient Greece and Xenius Zeus, the father of gods, also became the god of hospitality to protect foreigners and inspire locals to look after their visitors. Today Greece is known around the world for its Philoxenia (meaning friendship towards the guest).

Greece's tourism scope comprises an array of spectacular attractions encompassing natural beauty, rich history and culture. A plethora of mainland destinations along with 15,000km of coastline and over 2500 islands, which add to the country's "mass charter attractiveness", have been the catalyst for transforming the country into a vacation spot of international calibre.

In Greece, you are standing at crossroads of cultures, colours and civilisations, you feel the grandeur of history and the warmth of being at the southernmost part of Europe, you discover the evolutionary process of thought, influence and experience. A country with a uniquely affluent historical past, inhabited by people gazing confidently and optimistically into the future.

Greece is a country of beautiful contradictions, a constant journey in time, from the present to the past and back again. Walk through the olive groves, through ancient sites. Move to clusters of sparsely inhabited islands. Roam from beaches to rocky mountains and explore the breathtaking scenery. In Greece the fusion of images becomes more than imagery and turns into reality.

Here at Argo we've had a busy winter making some improvements and tending to our gardens. We are Open and we look forward to welcoming you back to your home away from home. If you're not able to come then please get in touch with us and we'd be happy to move your booking to another time that's more suitable. If you are thinking of booking, you can do so with confidence as soon as your home country allows you to travel, we'll happily welcome you. We can also help you organise any testing you may require for your return.

We have been awarded! 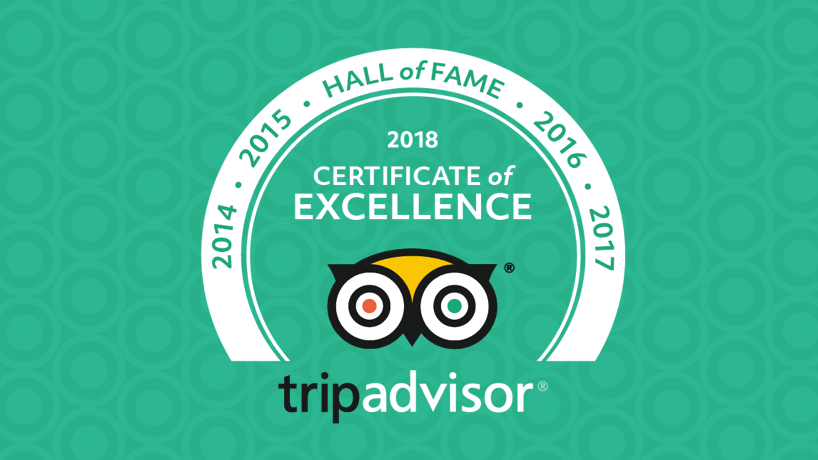 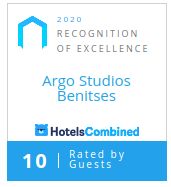